On Sunday, Feb. 17, 2019, a delegation from St. Petersburg University (SPBU), consisting of Prof. Nikolay Kropachev, Rector, Dr. Sergey Andriushin, Vice-Rector for International Affairs, Ms. Mariia Gusarova, Head of the SPBU Rector’s Office, Mr. Ilkhom Mirzoev, and Mr. Alexander Mazirka from the Embassy of the Russian Federation in Tehran visited Sharif University of Technology and had a meeting at the President Office with SUT officials including Prof. Fotuhi, President and Prof. Nayebi, Handler of Sharif’s academic relationship with Russian universities. Also present were Prof. Khalaj from Electrical Engineering, Dr. Jamshidi from the Chemistry Department, and Mr. Soltani from IA office.

The Russian delegation was received after its visit to the Sharif Institute for Nanoscience & Nanotechnology were presented with a brief introduction of Sharif University of Technology by Prof. Fotuhi After answering some of the questions posed by Prof. Kropachev, Prof. Nayebi reviewed the history of the two universities and suggested a couple of suggestions for further improving academic relations between SUT & SPBU, such as allocating funds for Ph.D. sabbaticals, joint research and visiting professors program.

Prof. Kropachev then started by agreeing with the said suggestions and added that St. Petersburg University has valuable resources that can be used for better cooperation, such as a science park that has equipment worth more than $ 300 million and that researchers from both institutions can submit their joint proposals to receive funding for their projects.

After exchanging gifts and taking a group photo, the delegation departed. It is worth mentioning that Sharif has sent a PhD student in chemistry to SPBU and another one from the Department of Aerospace Engineering is on his way to starting his sabbatical. 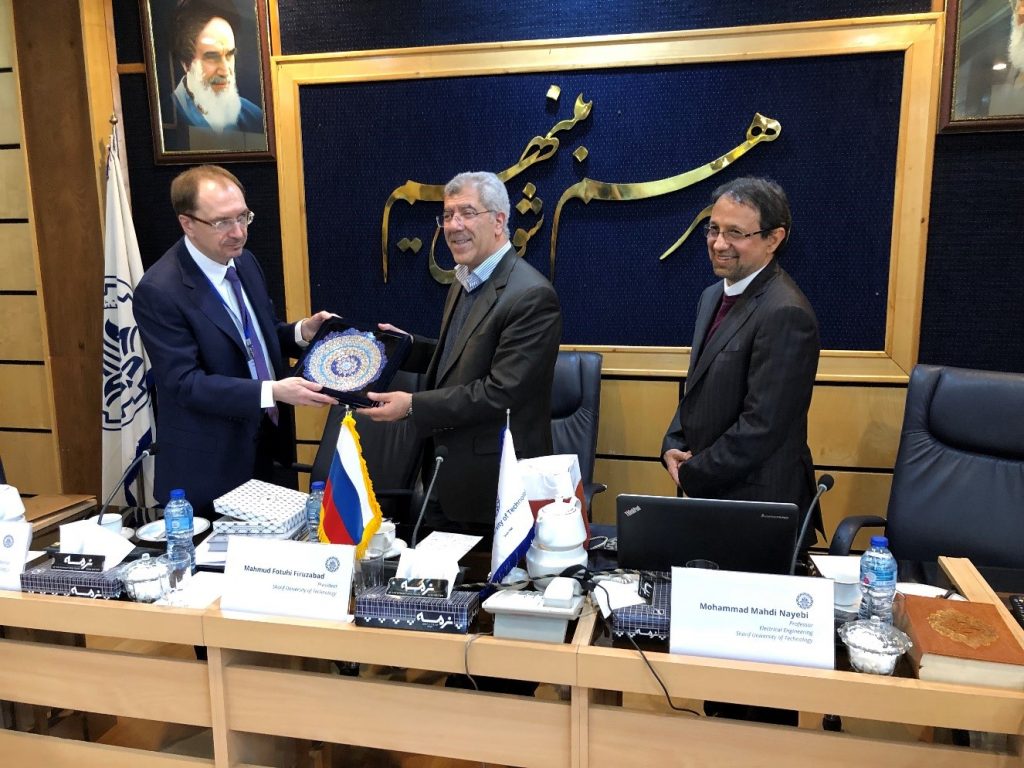