Dr. Mahmoud Fotuhi, President of SUT, participated in the meeting of university presidents of countries involved in the “One Belt, One Road” initiative held on May 22, 2017 in Shanghai. In the meeting, Dr. Fotuhi gave a presentation of Sharif University of Technology, including its current achievements and future aspirations, to the participants consisting of university presidents and deputies of countries involved in the mentioned Initiative. On the sidelines of this meeting, Dr. Fotuhi and Dr. JIN Donghan, President of Shanghai University, signed an MoU for academic and research cooperation. In this MoU, the intention of both parties to promote the exchange of faculty and students, along with joint research activities and joint degree programs have been stressed.  Moreover, the Chinese party noted that since Iranian students of Shanghai University are among the best of its students, Shanghai University is more than willing to expand its scholarship quotas for Iranian students in the coming years.
It is worth mentioning that Sharif University of Technology was the only university from Iran invited to, and thus Iran’s sole representative in, this prestigious international Forum. Furthermore, a high-ranking delegation from National Natural Science Foundation of China (NNSFC) visited Sharif last month. “One Belt, On Road”Initiative, which has been introduced by President XI Jinping in 2013, is a revival of the historic Silk Road Trading Route and Iran is one of the 65 countries which will be along the Belt and Road. 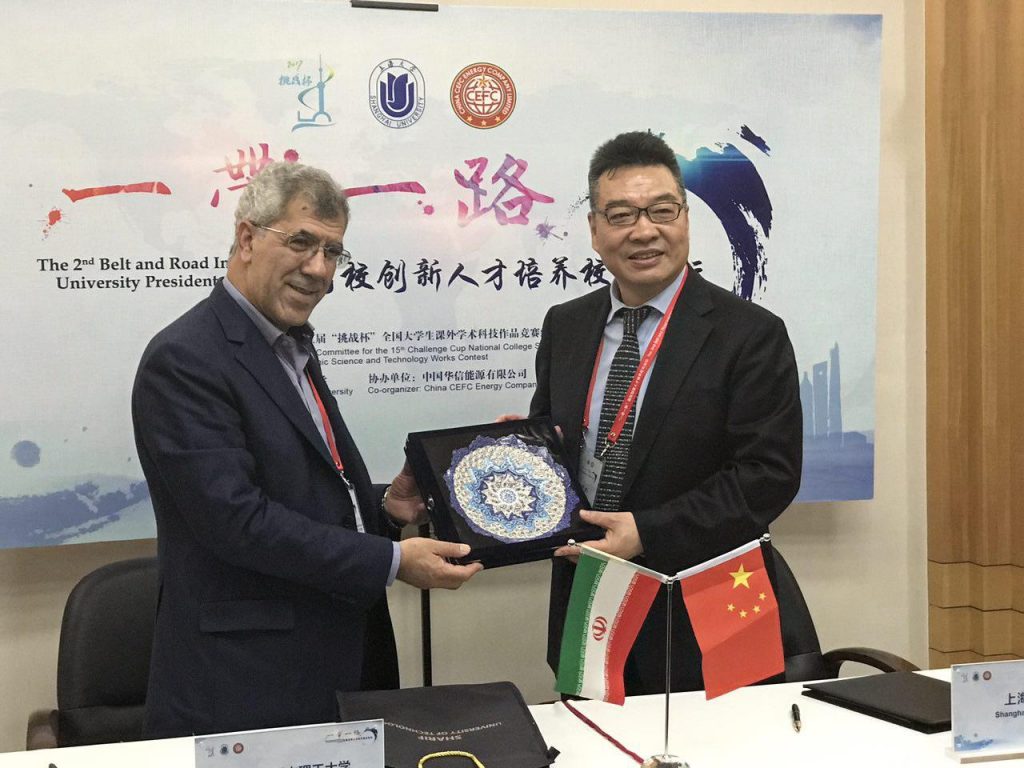 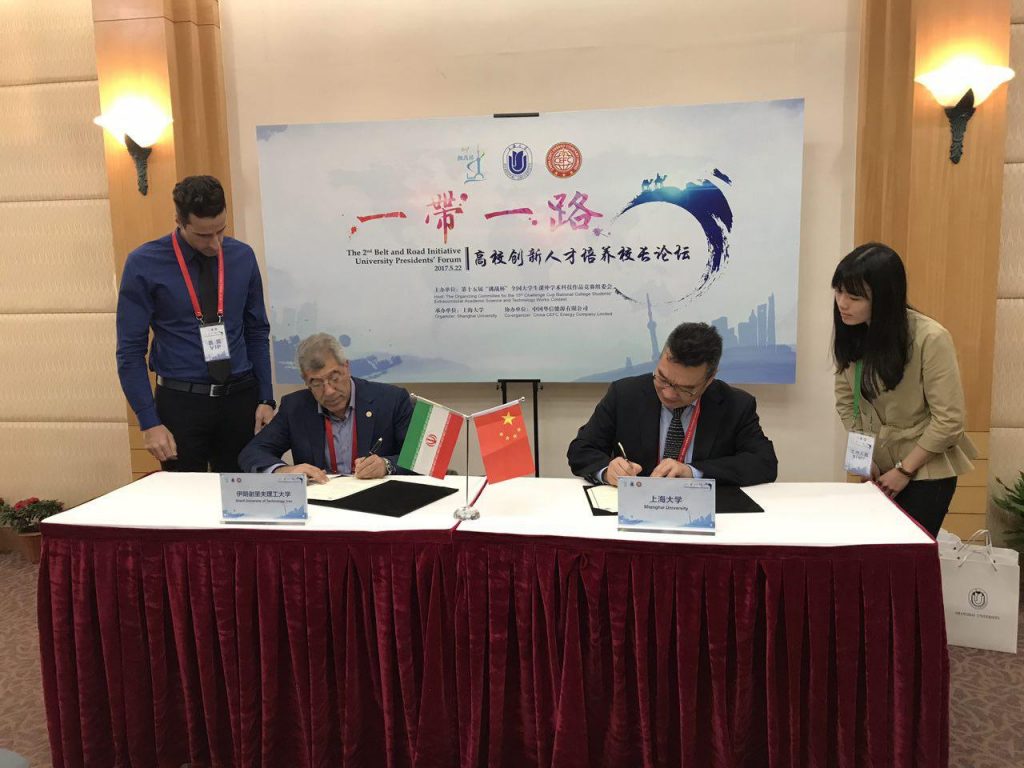